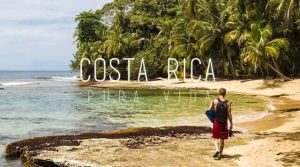 Costa Rica is an amazing country with a widely diverse culture, activities, people, history, nature,, and geography. Also, Costa Rica has major social, economic and political factors affecting local and international visitors, residents and business owners. Also provided is a special look at Costa Rican Real Estate and all of its facets.

Costa Rica, meaning «Rich Coast», was the first country in the world to constitutionally abolish the use of a national army. Costa Rica ranks 4th in the Human Development Index, among Latin America countries.

The Monteverde Cloud Forest Reserve (Reserva Biológica Bosque Nuboso Monteverde) is a Costa Rican reserve located along the Cordillera de Tilarán within the Puntarenas and Alajuela provinces. Named after the nearby town of Monteverde and founded in 1972,[1] the Reserve consists of over 10,500 hectares (26,000 acres) of cloud forest, the reserve is visited by roughly 70,000 visitors a year.

The Reserve consists of 6 ecological zones, 90% of which are virgin forest.[2] An extremely high biodiversity, consisting of over 2,500 plant species (including the most orchid species in a single place), 100 species of mammals, 400 bird species, 120 reptilian and amphibian species, and thousands of insects, has drawn both scientists and tourists alike.

Manuel Antonio is the jewel of the Pacific Coast that is home to one of the top beaches in the world located within Manuel Antonio National Park. It is one of the smallest parks in Costa Rica but it is the most visited due to its varied fauna with 109 species of mammals and 184 of birds. This park is just south of Quepos on the Pacific Coast, 132 km from San José. It is so popular because of its expansive white sand beaches backed by an evergreen forest that grows right up to the high tide line.

This park is a must-visit destination when you are in the Guanacaste Province. At over 34,000 acres, Rincón de la Vieja has room for two volcanoes, 32 rivers and streams, and an incredible variety of flora and fauna.

A number of activities can be enjoyed at the park such as hiking, horseback riding, enjoying hot springs, swimming, picnicking, and camping. Rincón de la Vieja is approximately 15 miles northeast of the city of Liberia, which is the capital of the Guanacaste Province.
Rincón de la Vieja hosts a wide variety of tropical forests, including dwarf cloud and montane ecosystems. Exotic and rare flora and fauna find refuge here including kinkajous, pumas, a variety of monkeys, sloths, tapirs, and jaguars. Rare emerald toucanets and blue-crowned motmots glow in the sunlight along with vibrant fuschia and purple Guaria Morada orchids. Laurel and Guanacaste trees form canopies for birds and mammals to live in.

Marino las Baulas de Guanacaste Tamarindo/Playa Grande National Park has a history nearly as long and convoluted as its name. For thousands of years leatherback sea turtles that hatched at Playa Grande have returned to lay their eggs.  The park’s namesake leatherback turtles (baulas) are the largest marine reptiles and one of the most endangered. The advent of turtle nesting tourism has been a double edged sword. The money that tourists bring when they come to see the turtles encourages conservation, but the presence of people, and especially lights on shore confuse and disorient the turtles.

Juan Castro Blanco National Park has a wealth of ancient history of former civilizations told through its archaeological sites. With the average temperature between 60 and 80 degrees Fahrenheit year round, you can explore in comfort.

Since its catastrophic explosion back into life in 1968, the Arenal Volcano in Costa Rica has commanded respect. For 42 years, Arenal Volcano was Costa Rica’s most active volcano with flowing lava and explosions that attracted tourists by the tens of thousands from all over the world. Since 2010, Arenal Volcano has been in a resting phase with little activity. Still, the sleeping giant fascinates visitors with its lava fields and occasional emissions of water vapor and gases.

This area of the Caribbean slope gets a lot of rainfall throughout the year so everything is lush and green. Moss, ferns, orchids, and bromeliads seem to be growing on and out of every surface. Some very large trees are found along the trails with huge canopies towering overhead. On the Ceibo Trail, there is a lookout point where you also can catch a glimpse of the Rio Sucio (Sucio River). This river is unique in that it carries volcanic minerals in its waters, which make the otherwise clear water change to a rusty brown. It was a little muddy when we visited but we could still see the rust-stained rocks along the banks.

Guanacaste National Park, in Spanish Parque Nacional Guanacaste, is part of the Area de Conservación Guanacaste World Heritage Site, is a National Park in the northern part of Costa Rica, from the slopes of the Orosí and Cacao volcanoes west to the Interamerican Highway where it is adjacent to the Santa Rosa National Park. It was created in 1989, partially due to the campaigning and fund-raising of Dr. Daniel Janzen to allow a corridor between the dry forest and rain forest areas which many species migrate between seasonally. The park covers an area of approximately 340 square kilometers, and includes 140 species of mammals, over 300 birds, 100 amphibians and reptiles, and over 10,000 species of insects that have been identified. It was this high density of bio-diversity that encouraged the Costa Rican government to protect this area.

Poás Volcano National Park, in Spanish Parque Nacional Volcán Poás, is a National Park in Costa Rica that covers an area of approximately 65 square kilometres (16,000 acres); the summit is 2,700 metres (8,900 ft). It was established on 25th January, 1971. Until recently visitors could usually walk all the way to the edge of the main crater, but on April 13, 2017 the park was closed to visitors due to an explosive eruption on the evening of April 12. [2] Still further eruptions, including Easter, April 16, have closed the park until further notice. [3]

The volcano is located in the Central Volcanic Conservation Area located in the Alajuela Province near the Pacific coast of Costa Rica, which encompasses the area around the Poás Volcano. The main crater is 290 metres (950 ft) deep and is quite active with frequent small geyser and lava eruptions, however the last major eruptions were during 1952-54.

It is situated within the Tortuguero Conservation Area of the northeastern part of the country.

The park has a large variety of biological diversity due to the existence within the reserve of eleven different habitats, including rainforest, mangrove forests, swamps, beaches, and lagoons. Located in a tropical climate, it is very humid. The national park’s wild life consists of birds, mammals, fungi, ferns, marine life, sea turtles, lakesand rainforest.

Cahuita National Park is a terrestrial and marine national park in the Caribbean La Amistad Conservation Area of Costa Rica located on the southern Caribbean coast in Limón Province, connected to the town of Cahuita. It protects beaches and lowlands and attracts tourists and other visitors who are able to snorkel in the protected marine area which contains the coralline reefs, as well as being a nesting ground for sea turtles. It covers a land area of 2,732 acres (1,106 ha), and a marine area of 55,200 acres (22,300 ha).[1]February through April typically have the best underwater visibility. This is also one of the nicest and least developed beaches in Costa Rica.

Travel to Costa Rica and enjoy one of Latin American’s most popular tourism vacation destinations. 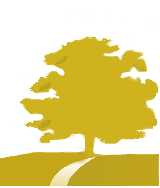